For the best Guidance and Betterments – Realestateguidance.org 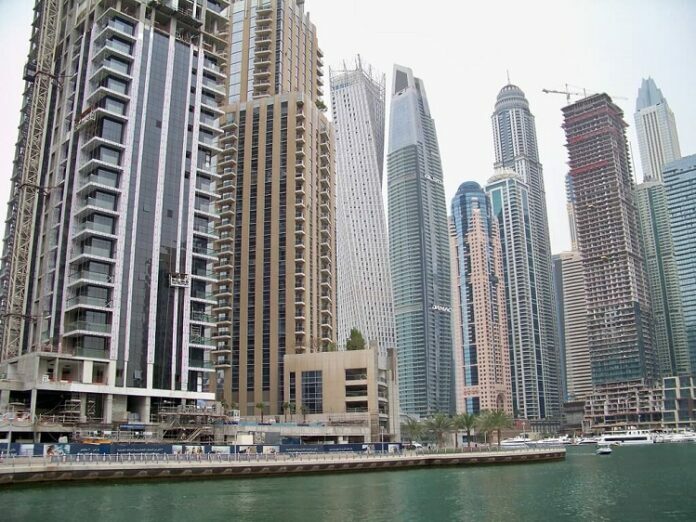 Over the past decade, Dubai has emerged as one of the biggest metropolitan cities in the world. Previously, the economy of Dubai was based on the oil and natural resources trading business however in the recent times, steps were made by the government to diversify the economy of the city of Dubai. For this purpose, the government started spending on the tourism and real estate market of the city and introduced policies which helped in the growth of these two market sectors of the city.

Dubai started welcoming visitors from all over the world and soon the city became the one with the highest immigrant population in the whole world. To accommodate this population and due to the blooming real estate market of Dubai, a lot of international construction companies started developing mega projects in the city. These projects consisted of both residential and commercial structures.

One of these mega projects includes Dubai marina which is a manmade marina situated at the Persian Gulf. The marina covers a land of 3 km and is considered as the largest manmade marina in the whole world. The marina is an example of excellent architecture skills and engineering knowledge. For its creation, the water of the Persian Gulf was brought into the site by the developers which helped them in creating a new waterfront area. This marvelous creation was made by the Emaar Properties, one of the top notch UAE construction firms. The marina is completely manmade. It is situated at a central location between Dubai Internet City, Dubai Media City and the American University thus making it a prominent project.

The project is expected to accommodate a total of 120,000 people once it gets completed. It is being developed in two phases. The phase 1 of the project has already been completed and it consists of six freehold marina apartment buildings which are collectively known as Dubai Marina Towers. These six towers have been given unique names. The first 3 of them have been named after gem stones Al Mass, Fairoz and Marjan while the other 3 have been named after popular scents of Mesk, Anber and Al Yas. Phase 2 of the project will consist of sky high towers of different heights ranging from 250 meters to 516 meters. The marina has been connected to the other parts of city through a redline metro.

According to a real estate investor’s point of view, the marina holds a prominent position among the investment opportunities available to him. This is because of the fact that the Dubai marina property is going to be a great success as a residential project due to its unique and marvelous sky high towers which will create a desire in everyone’s mind whose eyes fall on these marvelous pieces of construction and engineering and the excellent architecture of the towers. These towers are going to provide a lifestyle of luxury and will consist of many different services and facilities. Also its prominent location will help in increasing its value thus allowing the investors to gain a great amount of profits in almost no time.

Investing in a Rental: How to Get Started

Angelina Joshua - November 13, 2022 0
You’ve got a good chunk of money saved up, and you’re ready to start investing in real estate by purchasing a rental property. It’s...

Angelina Joshua - November 3, 2022 0
Dubai is one of the largest cities in the world and is famous for its huge malls that offer all kinds of brand and...

Angelina Joshua - April 18, 2016 0
I am sure you have been hearing much about real estate and every other stuff about it. Also, I don’t need to be in...

Angelina Joshua - July 14, 2015 0
My name is Kelly Creely and I am a REALTOR® – Affiliate Broker with Fidelis Realty – Salvas Properties. I am a realtor that...

Angelina Joshua - July 14, 2015 0
Waterfall near Mchenry MississippiMy name is Kelly Creely and I am a REALTOR® – Associate Broker with Fidelis Realty – Salvas Properties. I am...

Searching For Houses Available For Sale In Kansas City, Missouri

Angelina Joshua - July 7, 2015 0
Having your own home is such a dream happened. Practically everyone wants to have her very own area to go back to, the place...

Is it worth to invest in luxury Apartment in Gurgaon?

Angelina Joshua - April 28, 2015 0
Gurgaon properties have emerged as a popular residential destination for people all across the India as it has all the features that are required...

Oakmont Home Remodeled Inside and Out

Rental Home – How To List Apartment Homes For Rent Online

Buying a Bargain: Finding a Foreclosed Home in Los Angeles